In the next 10 years, the Internet of Things revolution will dramatically alter manufacturing, energy, agriculture, transportation and other industrial sectors which, together, account for almost two-thirds of the global economy. It will also fundamentally transform how people will work through new interactions between humans and machines. 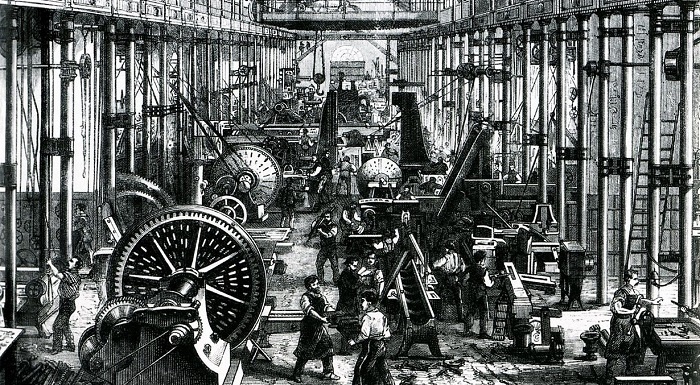 As the development of the Internet of Things unfolds, it presents solution architects and software developers with the opportunity to build a fundamentally new global information infrastructure from scratch; the promise of an emerging, and much more capable, set of functions on top of the existing Internet.

In the past 10 years, a lot of development effort has been spent on the creation of a digital nervous system – our squiddy of sorts — standardization of protocols and communications pathways, distributed processing and storage capabilities, digital twins (a digital replica of a physical object), endpoints embedded in various places, and some vocabulary and grammar for Things to talk to and interpret one another. Furthermore it is now clear, that security must be embedded at every stage, all the way from the sensor, the MCU/MPU, storage, board, system, communications interface, the IoT gateway, to the cloud, and back again.

Thanks to its sufficiently large address space, IPv6 enables the extension of the Internet to any device and service, even if the Internet of Things would reach the milestone of one Trillion sensors in 2027. Experiments have demonstrated successful use of IPv6 addresses in large scale deployments of sensors in smart buildings, smart cities, and even with cattle. Moreover, the CoAP protocol enables constrained devices to behave as web services easily accessible and fully compliant with REST architecture.

The resulting distributed 'Fog Computing' architecture, bridges the continuum from cloud to Things. It places compute, communication, control, storage and decision-making closer to where data is originating, enabling lower latency, lower energy consumption and lower network costs. See for more explanation on the distributed nature of the digital nervous system, my previous blogpost "What the heck have squids to do with IoT".

Now, that we have almost completed the challenge of creating a standardized and secure digital nervous system, it is time to think about the direction where we want to go next. In my opinion we should go after the 'Collaboration of Things'. After all, the real value of Things being online is in getting them to act and interact on behalf of us, so they can do things for us they have never done before. IoT could become a much richer phenomenon; a collaborative environment where machines as well as humans interact, at scale.

What Things need in order to be able to collaborate, is not just the access ramp to the digital nervous system, but also the validation of multiple steps in complex business processes. If you are a self-driving truck and I am an unmanned charging station and you need me to recharge your battery, we need mutual authentication, authorization, a rules framework that sets parameters around this recharging scenario, ecosystem-wide business process orchestration, and a means of logging the resulting energy transfer to a shared, tamperproof ledger so there’s a record of the transaction, whether or not there’s a money transfer. Oh yes, before I forget, we need all these things to proceed without human intervention.

To make such a scenario possible, we need intelligence, transparency, and structure added to the existing digital nervous system. That way, we move the IoT conversation beyond networks and things, towards finding the cases were we can drive better and more useful business outcomes. We (and many others) call this evolved IoT the Internet of Everything (IoE).

In the following posts in the series, I will explore each of the topics of intelligence, transparency, and structure in more detail.